Charleston native, CTM Alumni parent and current chairperson, Mr. Futch has been a member of the transportation industry for over 35 years.  His experience includes operations in the Southeast and Eastern seaboard. He has successfully managed transportation and intermodal companies and operated his own agency.  Mr. Futch has an extensive background in operations, safety, personnel management, and finance.  A veteran of the United States Air Force, he attended the Citadel and the University of Maryland. Mr. Futch has served on the Board of Directors of the Charleston Motor Carriers Association which donates thousands of dollars annually to students interested in pursuing careers in transportation.

Morgan and wife Cindi live in Hanahan, SC with daughter Mary-Margaret ( a CTM alumnus) and foreign exchange student, Maria, from Spain.  Both girls currently attend Palmetto Scholars Academy.  His desire to serve on the board of CTM is founded in his commitment to Montessori education as an investment in our children and in continuing to build the excellent reputation enjoyed by CTM.

Mr. Ward is a product developer that designs innovative products in a variety of industries. He has licensed his products to companies all over the world. After opening several restaurants in Quito, Ecuador in the early 90’s, and setting up solid management, he was able to pursue the career of his dreams—invention and product development. He loves outdoor activities, particularly with his wife and children.

Mr. Ward has two children that are currently in the elementary program. Both have been enrolled at Charles Towne Montessori since a young age.

Ms Klein is a native Iowan who relocated to Charleston nine years ago after a short stint in New York City.   She currently serves as Director of Marketing at The Citadel, a college best-known for its classic military education and leadership development model.  The Citadel also offers graduate and online programs for working professionals, active duty military and veterans. As Director of Marketing, Kara is deeply rooted in enrollment management, while overseeing advertising, market research, brand identity, and website management college-wide.

Kara earned a Bachelor of Arts in Public Relations and Graphic Design from Coe College, and a Graduate Certificate in Technical Project Management from The Citadel School of Engineering. She earned her PMP® certification in 2014, and was named one of Charleston’s “Forty Under 40” in 2017.

During her time in Charleston, Kara has been involved with several local startups and charitable organizations.  She enjoys playing in several West Ashley tennis leagues, running charitable 5Ks, supporting local art and business, and traveling as often as possible.

Mr Fanning is a nationally recognized master facilitator, consultant, and entrepreneur.   He built his company to help organizations develop leaders, boost revenue, and reduce the cost of turnover. He is the #1 bestselling author of, “The QUIT Alternative®: The Blueprint for Creating the Job You Love…Without Quitting”.  His books have sold in over 39 countries, and received praise from corporate leaders at DHL, The Sports Authority, Kraft, Carefusion, and Universal Hospital Systems. As a leading columnist at INC. Magazine, he has also been featured in Forbes, Yahoo! Business, and Business Insider.  He has published numerous other works including “The Leader’s Guide to Employee Motivation – How to Quickly and Effectively Motivate Your Team”.

He draws from his unique blend of experience with 20 years in Fortune 1000 organizations (including Honeywell and Russell Corporation) as well as an executive coach. He has trained and facilitated sessions with leaders at the U.S. Department of State Bureau of Counterterrorism, Bridgestone, Dollar General, Princess Cruise Lines, Brookdale, Charleston Wine and Food Festival, South Carolina Chamber of Commerce, and Dell.

Mr Fanning holds a MBA from Georgia Tech and a Bachelor of Science from the University of Alabama. He is a certified coach through the International Coach Federation with an additional coaching certification from Newfield Network. He is an active volunteer in the Charleston, South Carolina community having served on the Vestry at Grace Church Episcopal Cathedral, chaired the Philanthropy Committee for the Charleston Wine and Food Festival, and coached Charleston Recreation Youth Sports for six seasons.  His child has attended the school since a very young age.

Mrs. Gramling is a science educator with a B.S. degree in Biology from Clemson University and a M.S. degree in Ecology from the University of North Carolina at Chapel Hill.  In her last year of graduate school, Mrs. Gramling became a lateral entry teacher through the NC Teach program and spent a year teaching Earth Science at Hillside High School in Durham, NC.  After her husband Joel completed graduate school, they relocated to Charleston in 2006.

Mrs. Gramling’s first teaching position in Charleston was as a high school science teacher at Garrett Academy of Technology.  While there, she became Department Chair and was honored to become one of the Top 5 Teachers of the Year for CCSD in 2008-2009. After having her son in 2011, Mrs. Gramling worked part time as an adjunct Biology professor at both Trident Tech and The Citadel.  In the fall of 2015, she was hired as an Instructor of Biology at the Citadel where she currently teaches Anatomy and Physiology and General Biology. Mrs. Gramling’s son is a current CTM student. 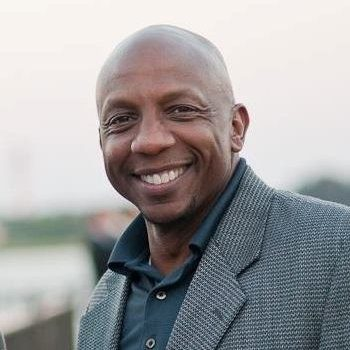 Charles is the driving force behind Hudson Designs, Inc. designing custom homes, as well as commercial and religious projects. He became a registered architect in 1995 after graduating from Trident College in 1984. Charles is a member of the American Institute of Architects (AIA) and The National Organization of Minority Architects (NOMA). In 1997, he became a partner in the firm of Seamar Fullerton Hudson Designs. In 2004, Charles became president of this firm and the name was changed to Hudson Designs, Inc.

Charles also holds a Degree in Education from Southern Illinois University and utilizes that degree in sharing his passion for architectural design in speaking with our future students in various local schools and the Boys and Girls Club.

He has lived in Charleston since moving from Fayetteville, North Carolina in December of 1979.

“I have seen this area grow in leaps and bounds over those few years. I have my home here, I own my practice and the buildings here with my partners, I do plan on keeping this area as my home because as we all know, we can never stop doing what we do to help our younger versions of ourselves be better than we could ever be.”